a Hauptbahnhof without a city

Here comes a mysterious city that doesn’t exist any more and was even wiped off the map twice, but it still has a Hauptbahnhof (main station). And my grandmother went to school there, so it definitely did exist about a century ago.

Rheydt was a city in the lower Rhine flatlands, and its misfortune was that it was too close to the slightly bigger Mönchengladbach (famous mainly for its football team). Both cities were merged to form Gladbach-Rheydt in August 1929, but it so happened that Joseph Goebbels was from Rheydt and objected to the merger, so after the Nazis came to power they swiftly reversed it.

The second takeover came in 1975, and this time the combined city kept the name of Mönchengladbach, so the patriots of the old Rheydt only find consolation in the railway station which remains Rheydt Hbf. 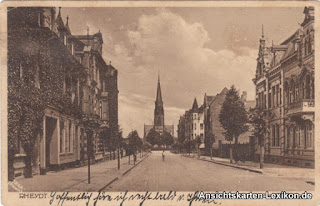 Between 1900 and 1960, my direct ancestors (parents to great-grandparents = 14 people) always lived in towns or cities, with one exception. In 1918, my great-grandparents of the Düsselmann clan acquired an orchard farm in Mennrath, near Rheydt, hoping to live off their savings and 200 apple trees. Obviously, the 1923 hyperinflation wiped out the savings and old Julius had to find a regular job again, which he did first in Mönchengladbach, then in Rheydt, so the family ended up moving to Rheydt. (To me the moral is, don’t move to the countryside, it will end in tears!)

In Rheydt, Julius started working for a new(ish) textile manufacturer, C. Brühl und co., founded in Rheydt in 1923. It never ceases to amaze me, but this company still exists, although it moved to a different town, and it still makes clothes to this day. Not exactly the price range that I normally buy (i.e. second hand from Oxfam), but if they make it to their centenary, I’ll buy a pair of C. Brühl trousers so I can say my great-grandfather worked for this company 100 years ago. This connection is kind of important in shaping the course of my family history, because it was C. Brühl which sent old Julius to Königsberg, which will be the next stop in our series.

Update 18.8.2022: Thanks to the 9-Euro-ticket, I finally got round to visiting Rheydt. The Hauptbahnhof was a bit of a disappointment: it was walled off on the city side due to a major building project happening outside (not to improve the station I don't think), and I had to find my way the long way round following the roads. A few nice old buildings survive from my grandmother's school days though, see my flickr pics. On the way back I took the local bus to Mönchengladbach Hbf, to see how the two connect. 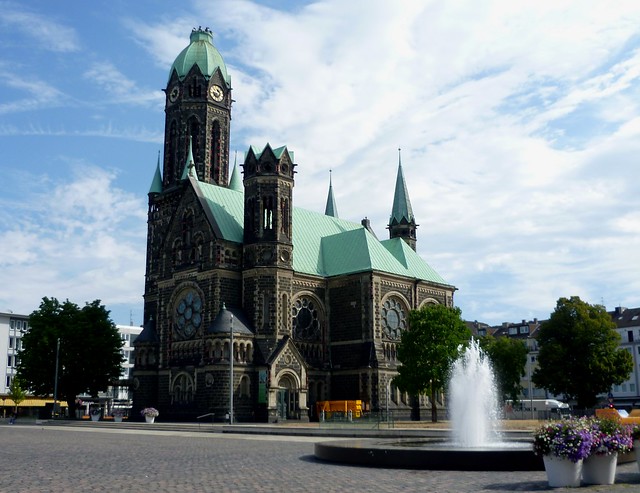 The protestant main church and the market square. I should revisit on a market day one day, that must look nice. Also need to bring a map and find the address where the family lived.

UPDATE 26.11.2022: Just discovered on Flickr an album with the Festschrift on the centenary of Rheydt becoming a city, from 1956. A lot about the textile industry in there, and a one-page ad for C. Brühl, here.