As of the beginning of April, my shoulder has improved to the extent that I can practice Bach suites for one hour, which I think is the amount I need to make meaningful progress. So, here we go again (and the pandemic is still going strong, thanks to the unwavering support of the death eaters in government).

For this month, I am tackling the Courante from the 4th suite. Part of the idea is that I really need to get my head around the geography of Eb major on the cello, because key signatures with 3 flats or more are holding me back in my orchestral adventures (which relaunched last September).

I also really like this Courante, and with its 64 bars it will likely keep me busy for two months.

As usual, I am picking up useful hints and tips from Inbal Segev.

Loving this performance by Emanuelle Bertrand so much that I won't be looking for any other. (Very artsy video, too, involving shadow play and a mirror, which can be a bit confusing when she seems to be playing with the wrong hand.) I also have Inbal Segev's and Rostropovich's recordings on CD. 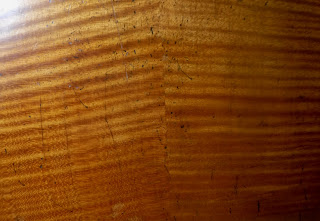