This year, there are 8 billion humans alive on the planet, and very soon there will be more people in India than in China. As I am old enough to remember the passing of the 4 billion milestone as well as that of one billion Chinese, these figures sound a bit scary, but interestingly, continuing population growth today is less worrying than it was back then. It's no longer exponential, we can see the peak coming later this century, and right now we have several other global problems to be scared of.

I've picked the first feature of the new year for a look forward at the likely development of human population in the rest of the 21st century, and the problems we're facing. The feature is out now:

Human population at the crossroads

See also my brand-new Mastodon thread where I will highlight all this year's CB features. 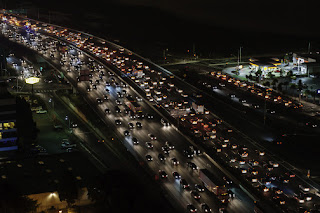 The car-centric lifestyle of countries like the United States cannot be scaled to the global population of eight billion. (Photo: pixaoppa/Pixabay.) Personally, I find two billion cars more frightening than eight billion people.