When I wrote about the war-time household where three grown-up women all went by the name of Hedwig Gellrich, I shared a photo with three women, which turned out to contain only two of the three Hedwigs (the young lady with the long dark hair is still unidentified, I will have to dedicate a separate entry to her at some point, as she pops up in lots of photos).

So here is the third Hedwig, who wasn't in the photos, together with her firstborn child, Waltraud: 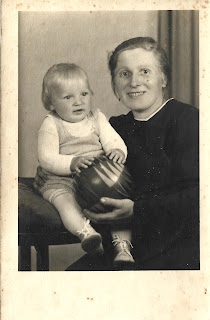 Waltraud got stuck with the ball habit, so here she is a few years later with another ball. 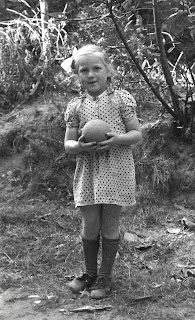 I'm guessing Waltraud's dad (of whom we only have a very small and blurred photo) must have died during the war, because Hedwig soon married Eugen Brod and had more children with him: 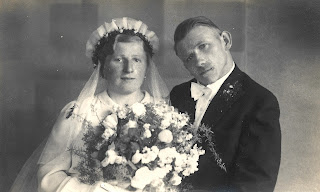