I hear that the new railway station at Liege-Guillemins, which I saw under construction this April, see here, has been officially opened yesterday.

Here's the Guardian's Jonathan Glancey getting all lyrical about it. Quote from his concluding paragraph:

Britain aside, this is the age of the high-speed train in Europe – and Calatrava has provided one of the era's finest monuments, a station that is a destination in itself. It is worth taking the trip from St Pancras to Liège–Guillemins just to experience this building, which makes our own mess of a railway seem all the more maddening.

I agree with all of that -- will have to go back and see how it looks finished. Even though we may soon get direct high-speed trains from London to Cologne, it will still be worth stopping over to admire Santiago Calatrava's new wave. Will also have to check out his other buildings. I was about to say I haven't seen any of them, but looking them up on wikipedia I realised that I had seen the bridge he built at Sevilla for the 1992 world exposition.

PS: another Calatrava building I have seen in statu nascendi (without knowing) is the new footbridge linking Venice's railway station to the bus station, Ponte della Costituzione


here are some of my photos from April: 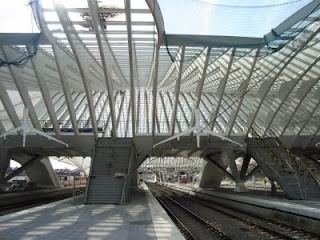 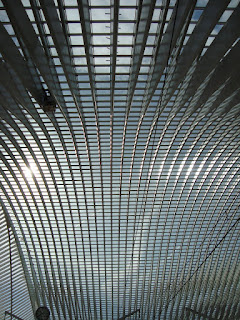 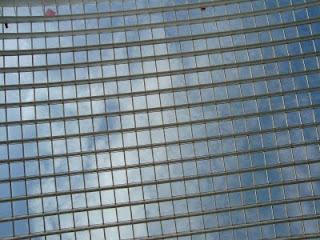