In my occasional series on all things chiral, here's a racemic boathouse: 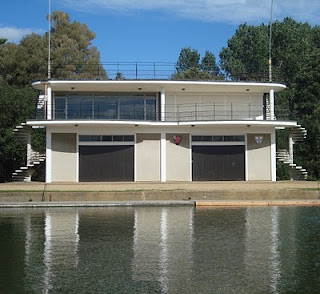 This is one (or maybe two?) of the college boathouses lined up along the river Thames, between the two main channels of the river Cherwell. There is another one next door to this built to the same design.


I also added six other new Oxford photos to my flickr photostream today.
Posted by Michael at 11:02 AM