African crocodiles lived in Spain six million years ago
The crocodiles that inhabited the coasts of North Africa during the late Miocene period embarked on a journey to Europe across what is now the Mediterranean basin. This is confirmed by the analysis of the first fossils of the Crocodylus genus in the Iberian Peninsula, found in the Valencian site of Venta del Moro between 1995 and 2006, and which are now being described for the first time.

Bat-winged dinosaurs that could glide 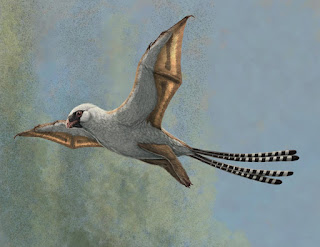 This illustration shows a reconstruction of Ambopteryx in a glide. Credit: Gabriel Ugueto

The next generation of biodiversity conservation targets must aim higher than ever
Writing this week in Science, 40 researchers argue for a set of holistic actions for new biodiversity goals that are unambiguously clear, sufficiently ambitious, and based on the best knowledge available. Most importantly, the goals need to aim higher if they are to be successful in the face of worsening trends for the climate and life on Earth.

Comparing the promise and reality of e-scooters