Nothing is as obscene as censorship

Today marks the 50th anniversary of the verdict in the Lady Chatterley trial, arguably the beginning of free expression in this country. A lot has been written about the trial ahead of the anniversary, see for example Geoffrey Robertson’s insightful essay here. "The verdict was a crucial step towards the freedom of the written word, at least for works of literary merit," Robertson writes. 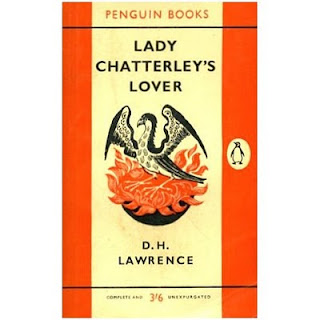 I’ve lived in the UK for the last third of this half-century since the trial, and coming from a country where censorship is explicitly ruled out by the constitution (since 1949):

I still find a shocking amount of censorship at work here. The ways, means and excuses have changed, of course. Today it’s not about what women and servants might read, but allegedly about protecting children (from seeing anatomical details of human beings, shock, horror).

Just two areas where I bump into outrageous censorship all the time:

First, classification of movies by the BBFC (the British Board of Film Censorship, now rebranded Classification). Our experience from 17 years is that the BBFC damages the chances of European movies to find an audience here by handing out age limits that are frankly ridiculous. Goodbye Lenin had a 15 certificate here, while in Germany anyone over the age of 6 was allowed to watch it. The effect of this is not only that it stops families from watching films that would actually have been educational for their children (like Goodbye Lenin, which deals with the reunification and the breaks it involves for people from eastern Germany). It is also extremely damaging to the commercial prospects of the films involved, and I find that more and more often the European films that I would have liked to see in the cinema here don’t even get a distribution deal. I’ve started to compile a list of such films in a recent blog entry.

Secondly, email and internet access for children at our secondary school. I recently requested information about a forthcoming school trip and received an email from the teacher referring to an attached powerpoint presentation. Only the school’s censorship system had removed the attachment – they don’t even trust their teachers. Yahoo mail is blocked on school computers so children can only use their school email addresses, which are heavily filtered. On one occasion, an email with a review of a children’s book attached was blocked. The book review had contained the word “fetish”. I have started to use the term “the Chinese authorities” when referring to whoever controls this. (Thankfully, the Chinese authorities can't read this blog, as they block blogspot as well!)

By contrast, passing through Paris on the way back from Barcelona, I was amused to see stacks of the daily paper Liberation with a very explicit sexual image on the front. The paper was outraged – about the fact that the mayor of Paris had restricted access to the exhibition of works by Larry Clark containing this image to over 18s. Accordingly, they made sure that every under-18 could now see it at every news stand in the country. Liberation spent three entire pages on spelling out how scandalous this decision was. Needless to say I bought a copy of the paper and treasure it.

So, 50 years after Penguin got the green light to publish Lady Chatterley’s lover (now republished in a special anniversary edition), there is still a long way to go towards liberating this country from censorship, but the Lady C trial certainly was an important beginning. As one of the lovely Waterstones ads in the 90s said:

Nothing in a book could be as obscene as censorship.