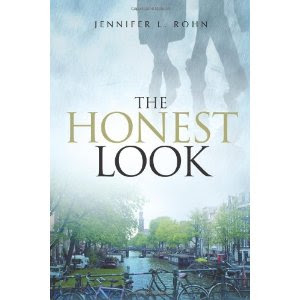 The cultural divide between the worlds of science and arts has stirred much debate since CP Snow diagnosed it in the 1950s. How much specialisation is good for society, and how much general knowledge from the sciences should extend to the other side of the divide? The idea has inspired several generations of science popularisers, but we rarely read about its effect on people who straddle both sides or are unsure which side they should be on.

The protagonist of “The Honest Look”, Claire Cyrus (no relation of Miley I hope), is one of the straddlers. She has just completed a PhD in biology, but is more passionate about writing and reading poetry than about her science, which involves a monstrous proteomic analysis instrument, a machine with the size, complexity, and neediness of the Beckman model E ultracentrifuge from the 1960s (no, I’m not that old, but my PhD supervisor still used two of these in the 90s).

Adding to the culture shock is the fact that her first post-doctoral appointment, taking care of the first commercial specimen of that machine, is in a biotech start-up, where we have the corporate culture conflicting with her hitherto purely academic upbringing. A third cultural divide opens up as the company in question is based in the Netherlands, but most of the scientific staff members are Brits who migrated there with the scientific founders. Oh, and our heroine is bilingual, the child of a Spanish mother and British father.

Unlike Rohn’s first lablit novel, Experimental Heart, which had a thriller plot, this one is essentially a romance, so as a fifth binary we have two contrasting male specimens competing for the attention of our heroine, and naturally each has different views on the cultural conflicts listed above, so love also pulls her in different directions on these other issues of cultural identity.

With all those conflicting forces tearing her apart and cultural canyons to fall into, not to mention a serious moral dilemma arising from an unexpected scientific result, one does worry about Dr Cyrus a lot, which keeps the pages turning just as fast as a thriller plot. Rohn pulls out all the writerly stops to make the poetic sensibility of her heroine believable, and succeeds as far as I can discern from my vantage point between cultures (English poetry buffs may have their own opinions).

She is also very good at bringing the expat perspective on Amsterdam (where she lived herself for several years) and the surrounding lowlands to life. With my rather vague and informal knowledge of Dutch I loved the paragraph where one of the characters translates mundane everyday Dutch into Shakespearean English to illustrate the similarities. (I might have used this as a running gag, actually, for comic relief when the story gets tense.)

What I found less convincing was everything involving the use of Spanish – firstly, I don’t understand why Claire, with Spanish and English and a love of words, doesn’t really extend her love to Spanish, which in my ears is the more interesting and poetic language of the two. Then, the character called “Ramon” (rather than Ramón) lost his accent in more than one way – the dialogues reported to have been held in Spanish don’t sound like something translated from Spanish to me. Even some of the Spanish interjections (querida, Dios mío, por favor,) sound as though they had been translated from English, not glimpsed from a Spanish dialogue. I think with a language used so widely in popular culture (CSI Miami through to latin pop music) one can actually get away with longer snippets giving a more authentic impression.

Having said that, it’s still a wonderful novel, and it addresses cultural conflicts that are very important to me and should be to a wider readership as well. So I hope it does find readers on all sides of these cultural divides, and thereby helps to bridge the gap between Snow’s Two Cultures (and a few more).