I visited the Radcliffe Camera today, the historic library building occupied by student protesters since yesterday's demo. Situation looked rather grim, as police aren't letting anyone in, and a represeantative of the university read a statement threatening consequences to the education prospects of the occupants. As if their education wasn't threatened enough already by the government. Also not clear why Oxford University students shouldn't be allowed in their own library (at least during opening hours).

Here are some photos I took today: 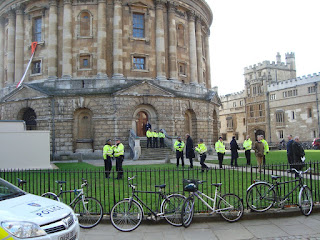 A rather fierce looking police cordon sealing off the building. 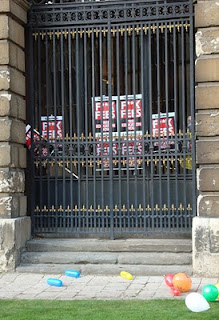 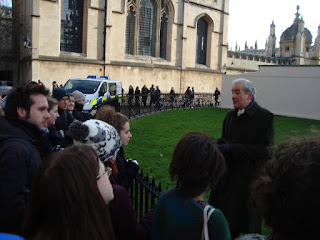 A don discussing with students in front of the occupied building.

See protesters' blog with links to other occupation events around the country, and their twitter feed.

According to BBC Radio Oxford the students were evicted from the library around 5pm today, after police managed to get in.