Mercedes Cebrián
Penguin Random House Literatura 2022
available from Blackwells, not sure why they add an English title, as the book is definitely in Spanish!

As some of you may have noticed I’m a sucker for music memoirs, especially if they involve an instrument that I try to play myself, so when I came across a brand-new memoir about the author learning the cello in her forties, that was enough reason for me to order a copy and read it immediately. I was only very slightly worried about the cookery aspect covered in the same tome.

So to summarise her story briefly, Mercedes Cebrián studied piano and singing as a youngster, had some experience of baroque summer schools (as a harpsichord player) then started cello lessons in her late 40s. She spends too much time watching internet videos of child prodigies and at one point spends 600 euros on a good bow. Oh, and she’s a foodie but I won’t count that against her.

The memoir falls into two halves, the first is set in that strangely distant world before Covid and has exactly the right mix of cello and rest of the world for my taste with some musical memories of her childhood and travels. The second half deals with the first Covid year, but strangely a travel to Italy takes up much of the space, and the cello somehow becomes less important. This is also where the foodie things come to the fore.

I found this is really surprising as to me, the times of repeated lockdowns meant I had a lot more time to spend with the cello and play unaccompanied Bach. Maybe that should have been included in the government advice around the world. Stay home and play Bach. (Privilege check: yes I do know that this doesn’t work in a block of flats, our cello would be heard five floors up and five floors down, and in this range there is bound to be somebody who doesn’t like the suites - or my interpretation of them.) So I found the second half slightly less engaging and may have skipped one or two paragraphs that appeared to be only about soup (she styles herself as the anti-Mafalda here).

The scary bit comes near the end [spoiler alert] where she suggests she might be terminating the cello adventure, citing Amundsen who didn’t spend the rest of his life in Antarctica either. Now any room with a cello in it tends to be a lot warmer and welcoming than Antarctica, usually, if only because it would be very bad for the cello if it was exposed to the elements. Also, this kind of thing hurts me because I feel the collective guilt about our family cello (memoir to be finalised soon) which spent more than 40 years not being played at all, and another 30 until it came to be played properly and regularly. That, and the fact that it is such a huge privilege to have a cello and be able to converse with it that I really can’t comprehend why anyone would stop (other than for medical reasons such as arm amputation). It just doesn’t compute. There are definitely more cello pieces that I want to learn than I could conceivably master by the age of 100.

So, well, that may just be my problem but I really enjoyed the first half and got some interesting celloing hints out of it. For instance, I had completely forgotten that a cello adaptation of the famous Boccherini minuet is included in book 3 of Suzuki's cello school. After reading the page where she mentioned the piece, I actually dug it out and played a part of it. Also, there were some performers (eg Anastasia Kobekina) and some works mentioned that I need to check up on. 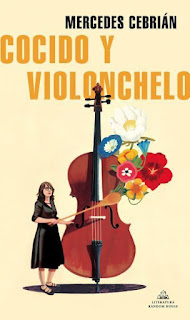 The book comes with a short bibliography of works mentioned in the text, but there aren’t any of the other cello memoirs in it that I’ve read, so here’s my list: