I can also report that Heinrich the cellist, who would be 140 this year, received his vaccinations, the first one in 1883: 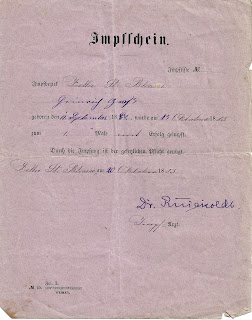 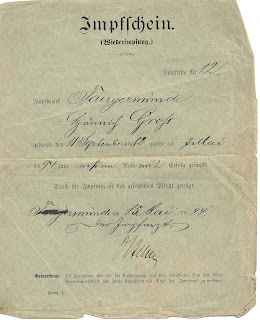 with the Ts and Cs on the back of each explaining that vaccinated "for the first time" didn't mean the first dose, but that they made up to three attempts in cases when there was no visible reaction. Here's the back of the first certificate, which once was red: 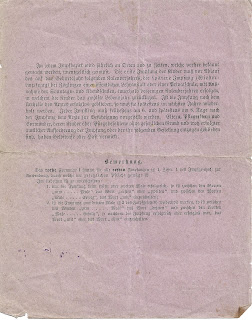 The text on the green one is the same except for the explanation that green is for the second dose.

What I also love about these is that they never mention what disease is targeted by the vaccine. Obvious reason: the one against smallpox was the only vaccine known.

Some background: The vaccination was legally required in Prussia since 1815 and in the German Empire since 1874. Thus, each of the certificates emphasises the fact that the legal requirment has been fulfilled.