Scientists discover a new mineral
The research team headed by Stanislav Filatov, Professor at the Department of Crystallography at St Petersburg University, has discovered a new mineral species in Kamchatka - petrovite. The scientists named the find in honour of Tomas Petrov, an outstanding crystallographer and Professor at St Petersburg University. He together with his students Arkady Glikin and Sergei Moshkin, was the first in the world to create a technology for growing jewellery malachite. 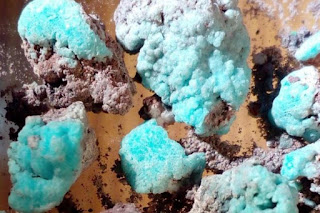 Seafood mislabeling is having negative impacts on the marine environment

Biochar from agricultural waste products can adsorb contaminants in wastewater

Could robots for sex, friendship improve our aging society?