This century-old guidebook to Berlin (title roughly translates as: everybody has to visit Berlin at least once) came in handy when I looked up the addresses where my grandmother-in-law's re-discovered cousin Lotti Geppert lived. It might also serve as a companion to Babylon Berlin, it certainly has all the addresses of the venues seen there, and also conveys a bit of that roaring 20s spirit, in moderation, "mondän doch dezent" as one of the nightclub ads puts it.

I struggled to pin down the publication date though. It contains traffic data from 1927, so could be 1928 as the earliest. As the upper limit I can put 1934, because it contains a portrait of President Paul von Hindenburg, who died that year. It also contains a portait of the mayor, Gustav Böß, which narrows it down a bit, he was mayor from 1921 to November 1929. So let's call it 1928. 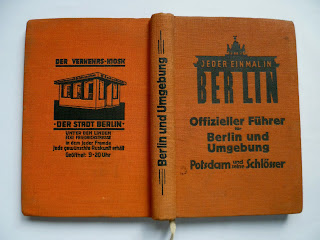 photo of my edition.

I inherited this from my great-aunt Esther Düsselmann who may have used it visiting Berlin as a teenager or as a student. Come to think of it, her brother married a woman from Berlin and settled there, so that would explain it. There aren't any marks from her, however.

There's a copy (lacking the rather lovely map) on sale here for just 13 euros which I find a bit disappointing. Given the interest in 1920s Berlin, I would have put a higher price on it (did I mention it's a first edition?).

I did some scans of nightclub ads and such like: 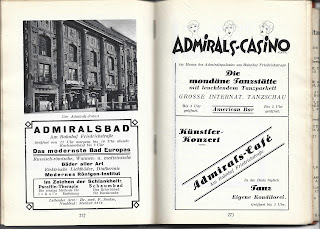 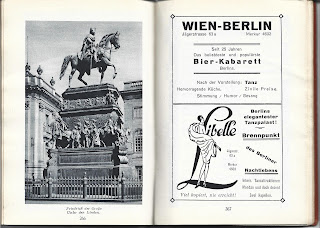 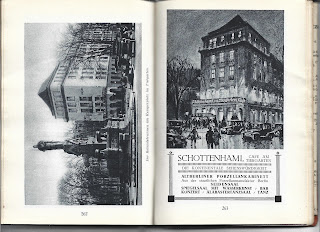 PS for some reason I don't understand, this entry seems to have reverted to unpublished draft status and wasn't accessible for a few days. Sorry about that, hope I fixed it now.