Evidence for plate tectonics on earth prior to 3.2 billion years ago

Disappearing Alaskan sea ice is significant for Arctic marine ecosystem
A new study shows that plant materials originating in Arctic sea ice are significantly incorporated into marine food webs that are used for subsistence in local communities of the greater Bering Strait region. The research has the potential to demonstrate the importance of sea ice ecosystems as a source of food in Arctic waters in Alaska and beyond.

More protections needed to safeguard biodiversity in the Southern Ocean 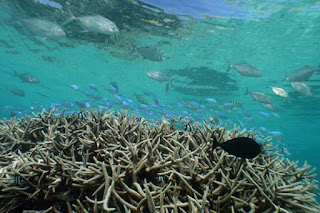 Windows will soon generate electricity, following solar cell breakthrough
Semi-transparent solar cells that can be incorporated into window glass are a 'game-changer' that could transform architecture, urban planning and electricity generation,

What protects minority languages from extinction?
A new study by Jean-Marc Luck from Paris and Anita Mehta from Oxford published in EPJ B, uses mathematical modelling to suggest two mechanisms through which majority and minority languages come to coexist in the same area.
The maths comes from studies of the ecology of predator-prey relations, apparently. Slightly worrying for speakers of minoritised languages. But on the plus side, there are clues as to what kind of attractiveness can help the languages survive.

Who's a bot and who's not
The big philosophical question of our age: Am I a bot? What if I fail to click all the squares that contain traffic lights. Does that make me a bot?

How we end up 'confined' on YouTube
Researchers have studied recommendations from a thousand YouTube videos on different subjects, thereby running through half a million recommendations. Their results show that contrary to the algorithms of other platforms, which seem to promote the exploration of novelty and serendipity, YouTube's is actually an exception, generating a number of confinement phenomena.

Interesting point that. I did notice that YouTube bots knew me a lot better than those of other platforms even when I wasn't using it all that much - presumably because they actually measure how much time you're willing to spend with a given video, whereas other formats often only have clicks to count. I don't let them confine me to one box though, I make sure I feed them with wildly different material in a dozen different languages to keep them guessing and to keep the recommendations varied.