Life on the edge

Arctic wildlife uses extreme method to save energy
Birds in Svalbard shut down their immune system in the arctic winter to save energy, apparently. Don't try this at home.

Shrinking instead of growing: how shrews survive the winter 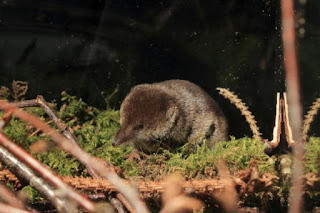 The common shrew is a survivor: to save energy, it does not hibernate, but simply becomes smaller.
Credit: Christian Ziegler

Iceland tested 12% of its population for coronavirus and spotted the outbreak in the faraway Austrian ski resort Ischgl before anybody else did. Interview with the prime minister, Katrín Jakobsdóttir

Meanwhile, in countries that didn't do so well, the official hospital deaths are only the tip of an iceberg of additional deaths - analysts at the Financial Times are now looking at the excess deaths over the long-term seasonal average and some of these results are quite scary.