I enjoyed learning the Sarabande in D minor in February, which was a perfect match as the piece has 28 bars, so I've been able to stick to my established speed of memorising a bar per day (skipping some of the troublesome chords which I can always fit in later). I do feel the sadness and the strength in that one.

Staying in the second suite, I'm now tackling the gigue, which has a few bars more, so I might end up with another fractionally memorised movement, let's see how it goes.

I'm starting with Inbal Segev's musings, as always, and I found a few recordings of the whole D minor suite, (with timestamps for the gigue in the link to take you there directly) from:
Ariana Kashefi
Eva Lymenstull
Misha Maisky
Laurens Price-Nowak

After 12 months with 329 practice days and 347 bars memorised, the list now looks like this (parts 2 upwards make up my revision rota, with the two most recently learned movements being revised on alternating days, and the others in a separate cycle): 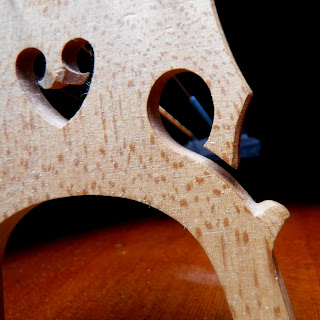