school's out at Reichenstein, 1886

Every picture tells a story, No. 13

Returning to the in-laws in Silesia, here is Wilhelm Geppert, the baker from picture number 8 in his school days. We're not quite sure which one he is, but the streak in the top right corner may be a deliberate mark, and the boy closest to it has the right sort of head shape. He is too blurred for more detailed analysis, but let's pretend it's him. 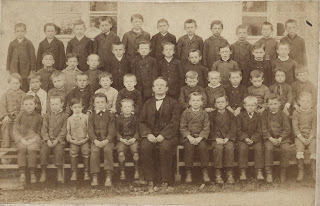 To try and identify him we used his wedding photo (1912): 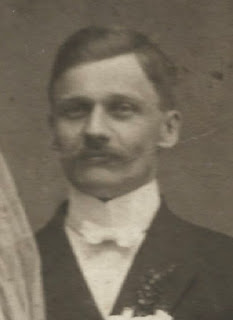 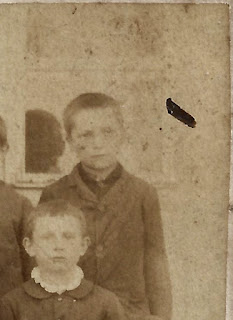 His name is on the back of the photo, too, with the beautifully handwritten inscription: 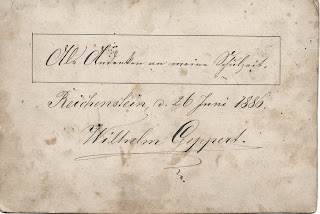 So something to remember his school days by - sounds like his school days are over, but the scary thing is that he's only eight years old at the date given - he was going to turn nine in September. The four years we now call primary school may have been all the schooling he got.

Reichenstein (today: Złoty Stok) was in the Kreis Frankenstein and mainly known for its gold mine dating back to medieval times.