These stray cousins have a tendency to be called Charlotte, so this one is Charlotte Kosmowsky, born 1919, daughter of the forester Albert K. in East Prussia (we saw her in that photo with the dead stag). Not to be confused with Lotti in Berlin. Here are a couple of portraits during WW2: 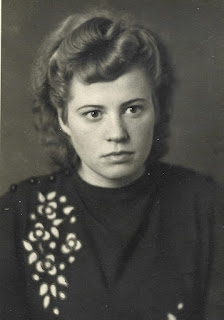 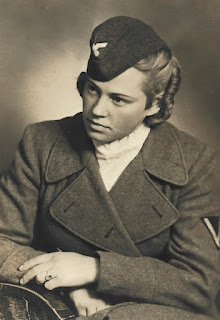 During WW2 she was in Kiel, where she married a guy whose name we don't know. Strangely, we do know the date of his death though, 11.12.1974, and they had a son called Frank-Rüdiger. If that rings any bells, do give me a shout. After the war, her family and her dad, forester Albert K, ended up in Hennef, Sieg (15km east of Bonn) where this photo was taken in 1970: 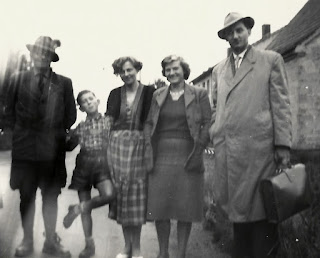 That's Albert on the left, then Charlotte's son and Charlotte. On the right, her cousin Fritz and his wife.